GFB’s DV+ solution couldn’t be simpler – keep what works and replace what doesn’t.

BEWARE of counterfeit products; ONLY buy from authorized dealers on our website

GFB expands the DV+ range with a direct-fit performance diverter solution for GM vehicles with the 2.0 LTG engine.

The solenoid coil itself from the factory-fitted diverter is great so why replace it? The weak point is the valve mechanism itself. GFB’s DV+ solves this problem by replacing the valve parts with an anodised billet aluminium housing, fitted with a brass piston machined to exacting tolerances.

As an additional benefit, the solenoid in the DV+ assembly no longer directly drives the movement of the piston, instead controlling the movement of the piston with boost pressure. This is known as “pilot operation”, which greatly increases the actuation forces within the valve, improving operation speed and reliability. Plus, the piston can now move progressively in response to how much boost pressure it needs to vent, instead of only fully open or closed like the factory diverter.

The result is sharper throttle response, lightning-fast valve actuation, the ability to hold as much boost as you can throw at it, and operation so reliable it comes with a lifetime warranty! Read the full DV+ story below.

Other manufacturers’ products replace the entire diverter and solenoid, resulting in a significantly (and unnecessarily) higher priced product. Others simply replace the valve inside the factory solenoid without utilizing the pilot actuation system, which doesn’t solve any of the throttle response issues of the factory diverter, whilst being slower and more likely to stick.

GFB’s DV+ solution on the other hand is more responsive, less expensive, and doesn’t cause compressor surge/turbo flutter/chirp (those sounds are a sign the diverter’s NOT doing what it’s supposed to!). 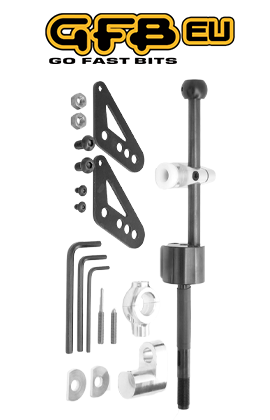